As I thought about reaching this date a couple of weeks ago, I felt pretty good. I wasn't crying daily, I had made some really special connections with other widows online, I was looking forward to attending Camp Widow next month. But something wasn't right and way deep down inside I knew it when I allowed myself to think about it. I couldn't write anything here in my blog. I knew what I wanted, needed, to say but just couldn't be that honest. I wasn't keeping up with emails or mail or bills or housework or laundry or the yard. It felt like the walls of my life were closing in on me. And yet each work day I would put on my happy face, say what is expected, act like people wanted me to act. I'm Dianne, I'm strong, I can do all of this alone. And everyone has bought it. They're proud of me. Happy that I have made such a wonderful progression from my sorrow.

What a crock!  It's all a facade. But who would know that? Who would want to know that? It's too hard ... for them. The truth is that I walk in the door after work each day (and on weekends), put on my jammies and sit in Vern's recliner. I sometimes just sit there doing absolutely nothing, other nights I stay online for hours, but often I'm not honest there either. I'm the cheerleader, the supporter, the one who tries to make everyone else feel better. But I can't do this any longer. I need to find a happy medium, an outlet, a way to be true to myself.

I made an effort to be honest when I was online last night, but only because what happened earlier in the day scared me so that I knew I had to do something different. I had my first panic attack. I had gone over to the IRS to pay the money I owed. I had let it go to the final day before they would place a lien on my home. I don't know why I delayed ... I just have been procrastinating on everything in my personal life. I was ok while at the IRS office, the guard at the entrance was nice, the line wasn't long, the man who handled my payment was very kind when I shared that my husband had died. I pulled out the death certificate and could feel the emotions starting to build, but I was able to force them back. I got into my car and then it hit. I thought I was having a heart attack. I couldn't catch my breath, my heart was racing, deep wracking sobs consumed me, strange sounds came out of me, I was dizzy, trembling, sweaty. It was frightening. I remember thinking of all of the things I had not done ... haven't updated my will, haven't prepared a list of things Jer would need to know, where I've hidden things, fearing that someone would just find me dead there in the car at the end of the day. I don't know how long it lasted, but eventually I was able to gain some control and I headed back to work where I once again put on the happy Dianne act. I've felt exhausted since that whole episode.

Today I helped a dear friend, whose husband is now in home hospice, close up his office. I'm so happy I was there to give her hugs and let her talk when she needed it, while the guys did the heavy lifting. This was very tough for her as her husband spent 15 years working out of that office. I used to see him at the oncologist office (he and Vern both received their chemo treatments on Fridays), but I wasn't prepared to see him after we finished the move. As we all walked into the room, he looked like Vern sitting there in the recliner. Same shirt, oxygen, dozing slumped over with Vern's 'cadillac' walker sitting alongside him (I gave it to them to use). I was overwhelmed and had to turn my back for a moment as others greeted him. He worked to stand up as Linda began telling him who all was there. And then he whispered my name, so I went to him  ... and he hugged me strongly for a long while. It was a very touching moment for me, as it felt like Vern was hugging me. He asked if I could adjust the handles on the walker, so I did that and he gave me a 'thumbs up' ... another thing Vern often did. I cried when I got outside but also felt very blessed for my 'visit'.

"The emotion of grief should not just be labeled as painful, sad or difficult. It is so much more than that. It is more like a journey to a new world where you get to be all by yourself, without your family, your friends and the world you grew up in. Where you shed the person you used to be, and grow into the new self while you discover the doorway back to life. That is what I call Grief."   Second Firsts on Facebook
Posted by A Myeloma Widow's Journey at 7:21 PM 10 comments: 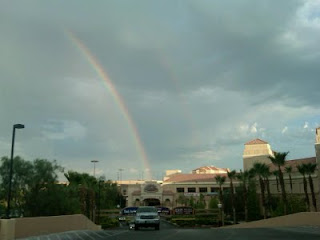 Posted by A Myeloma Widow's Journey at 7:18 AM No comments: 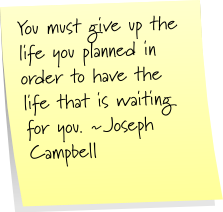 Posted by A Myeloma Widow's Journey at 4:11 PM 2 comments:

... and mine have been all over the map lately.  "In the words of a broken heart, it's just emotion that's taking me over ...."  I heard that Bee Gees song today and it fit, even though I know the lyrics have nothing to do with widow grief.

Actually, I've been feeling pretty good lately. Work is good, Jeremy is doing really well, and I hit the 9 month mark on June 22 and didn't fall apart. I owe my former co-worker, Vince, for getting me through that date. He called that morning and invited me to join him for the 5th anniversary show of Phantom of the Opera at The Venetian. It was wonderful - beautiful voices and a simply amazing theater - and it was so nice to catch up with Vince.

But then the weekend hits and I still can't get myself out of the house. During my work week I feel pretty positive about doing some things, but then I just cannot force myself out that door unless I absolutely have to. I can create lists of things to do, places to go, but the weekend hits and I plop myself in Vern's recliner and pull up my laptop. I'm comfortable. It feels good. It's comforting. And I'm ok with it ... until Sunday evening.  Then I start beating myself up about it.  So I'll just keep on trying again next weekend, and the next....

I did finally get Vern's Mustang running. It and the wheelchair van have been sitting out in the driveway for months; the batteries died long ago. It was a bit of a fiasco with AAA and finding a repair shop that would recharge the battery, but ended up being worth the couple of hours it took. I wasn't sure how I'd feel getting into his car, but it was ok.  I'm sure he's pleased I finally took care of this. Unfortunately, the van is still not running (that's too long a story to get into here). I'll try getting that one on the road next weekend. I do really hate having to do all of this stuff alone.

I spend a lot of time in Widowed Village. I need it. They 'get' me there. They understand what I'm feeling and experiencing because they're feeling and experiencing it, too. I can help others there when they need it ... and they are there for me when I need it.  I've made some wonderful friends, people I really care about, and will meet some of them next month at Camp Widow in San Diego. And I'm even planning a trip to Calgary next July to meet up with my very special Canadian Widville friend. We'll do the Stampede and visit Banff and Lake Louise. We may even do a trip to DC together before that. We have a really special connection that I am so very grateful for. So that's a really good thing for me.

But my emotions are lying just under the surface and it doesn't take much to set me off.  I miss Vern and the life we had.  I hurt more for others.  There's been another tragic death at work, a dear friend's husband has entered hospice, a precious little grandson of an MM caregiver is in very critical condition this evening.  And the tears come.  I tried to attend the funeral of my co-worker on Saturday, but just couldn't. It was at the same funeral home Vern was at.  Watching the fireworks tonight brought tears.  The news of little Isaac this evening brought me to my knees.


"And where are you now,
Now that I need you,
Tears on my pillow,
Wherever you go,
I'll cry me a river
That leads to your ocean
You´ll never see me fall apart"
Posted by A Myeloma Widow's Journey at 1:02 AM 3 comments: 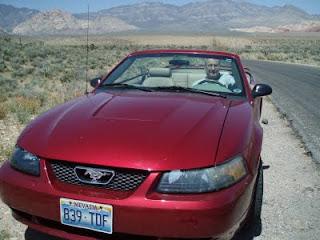 Posted by A Myeloma Widow's Journey at 8:08 AM 1 comment: