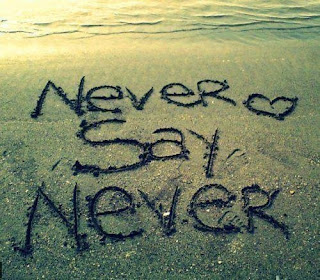 Ah, September, you teach me so many lessons

Well, I'm back in here because I haven't had time to update my web site so I can start blogging over there and I really need to write about September. The 30 days between our wedding anniversary on August 23 and the day Vern died, September 22, have never been easy. Some years have been especially hard, some not so bad, but this year's march to the death date nearly did me in.

Those of you who know me personally know I'm a very positive person, but I will admit that this year I slipped into a depression for the first time. I spent days mostly in bed because if I got up and stayed awake the tears would just not go away. I even missed my Golden Knights FanFest because I just could not get out of bed. I've never experienced anything like that. And I'm grateful that it only lasted a few days.

These were the hospice days. When we both knew he would not be here long. They were hard days. They were beautiful days. They broke my heart. They filled my heart. I got to say all of the things I wanted him to leave this world with. He spoke very little, but the few words he shared will rest in my heart forever.

So I was vulnerable. The scammer incident, the total lack of interest from anyone on eHarmony and the resulting hits to my ego, both of my computers crashing and losing important documents and photos, and I was just so so tired ... well, I guess I learned that I do have a limit in what I can withstand.

But, once again, Vern gave me a nudge when it was time to snap out of it and get back to living my life.

So what did I do on September 22, the 8 year anniversary of Vern's death, after coming out of those days of depression?  I joined Match. What?!?!

It was crazy, I know. eHarmony was hurting my heart. Why the heck would I think it would be any different with Match? And to do it on THAT day? WTH.  But my gut (Vern) was pushing me to do it, so I did. I actually laughed about it with Vern. Yeah, I talk to him all the time. Yes, out loud.

And, yes, I did get more activity on the Match site. Lots of fakers and some messages of interest but nothing progressed. So after sharing those awful days of depression with a dear friend who strongly urged me to get off the dating sites, I closed up my profiles and turned off the matches and notifications. And it felt good. If someone new was coming into my life they were going to need to track me down on their own. 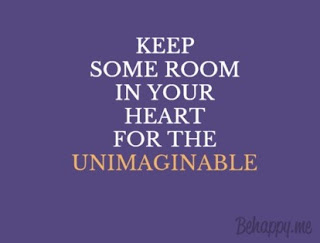 Fast forward a few days and I found two messages from Match in my in-box. JG liked me; JG sent me a message. How did those messages get through? I had turned off all notifications and emails. And there was that nudge again. "Open them up." So I did. And I responded to the message. And so did he. And he seemed like a real guy. We messaged on the Match site and then moved over to texting and then to a phone conversation and FaceTime. He was definitely a real guy - a really nice guy - and we decided we wanted to meet. We did. And I am happy. And I won't be sharing more about that right now. This time is for us to get to know one another and see where this might go.

But I felt I needed to share this wonderfully good news with my blog readers to counter the bad posts about my dating site experience. I have a lot of widowed friends ... many who are contemplating dating ... and I think it's important for them to see that we can take a hard hit and yet still get the prize. We just have to keep believing that it's possible.

I spent 7.5 years not believing. Not one man ever expressed an interest in me in all those years. That didn't send me into a depression because I didn't believe it was even possible that I could love anyone other than Vern. Or that anyone else would ever choose me. And I had gotten myself so busy and my life so filled with doing other things that I was ok with being alone.

But then everything changed. And I started to believe that it was possible that someone else could love me and I them. This year has been hard as I've worked through all of that, but those lessons - even the hard ones - were needed to bring me to where I am today.

Feeling my heart flutter as I await seeing my new guy again this afternoon.