A friend mentioned how busy I keep myself and I wanted to admit that it's really all a facade. I keep myself so busy ... too busy, actually ... just to keep the loneliness at bay. I would happily give up every activity if Vern were still here to fill up my days.

I think my body decided to tell me that I need to slow down. I very rarely get sick (good genes, I guess, because I'm sure not living a healthy lifestyle) but ever since I got home from Tampa I felt 'off' and was not at all surprised when the crud hit hard last night. Ugh. It's just a head/chest cold, but I feel miserable and whiny. Sore throat, headache, earache, heavy chest ... even my teeth hurt. And I'm sneezing so much that my ribs hurt. And no one here to hold me and tell me this will all pass. So I whine. To myself.  And, yes, I do know it will pass and I'll be back to 'normal' soon. And I also know it could be worse. Much worse. So I'll try to stop whining. It's not very attractive.

Last week was super busy and so is next week, so it's good that this hit now as I have nothing on calendar until Sunday. Sleep was hard to come by last night, so we'll see what tonight brings. (I just looked at the time and it's 1am so guess this will be another not-so-good night of sleep.) But I'll try to do some good self-care these next few days. Drink plenty of water. Eat something. Sit outside in the sunshine.

I thought I had put this dating thing to bed ... but a friend called and wanted to set me up with someone she knows. She tried hard to sell it/him but I declined. That conversation helped me to know that I do not want to date. At least I know I don't want to do the dating a stranger thing. I think I'm open to the possibility of a friendship developing into something more, but I'm not holding my breath for that to ever happen. And that's ok. Well .. except when I don't feel well and I get all whiny. LOL

And just to add a contradiction to all that I just said ... I've been wearing rings on my left hand since Vern died. My rings. His ring. My 25 year anniversary band. It's been Vern's wedding band and a widow's ring for some time now ... and I took them off on Monday. I was headed over to visit a friend and figured it was an opportunity to see how it felt. It was ok. Not sure whether this will be permanent. It doesn't change how I feel about Vern, but seems to be something I needed to try. And as my friend said - we don't have to do anything we don't want to do.  I can always put them back on. 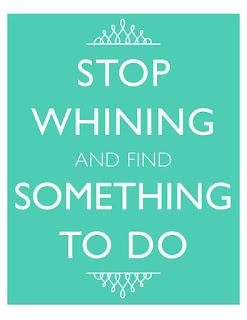 Ya know, this widowed life is quite the ride. I hope I get it figured out before my time runs out. But I'll try real hard to keep the whining at a minimum.

Posted by A Myeloma Widow's Journey at 1:12 AM 2 comments: